As some of you might have heard we have been preparing a pretty big patch the past couple of months. This patch will obvious affect all game modes (in a great way), but the central focus point of the patch is... Survival! 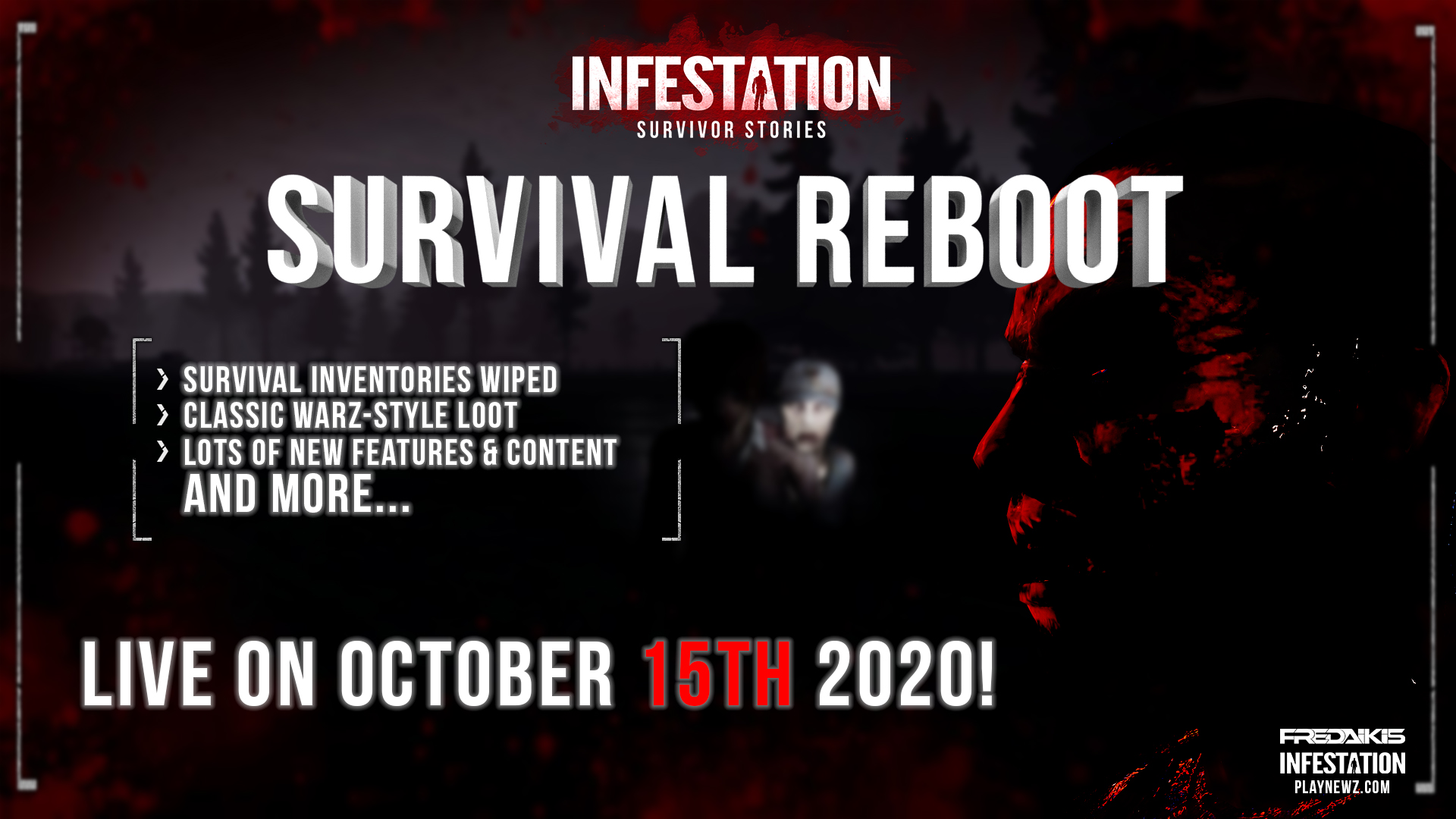 This topic is exclusively about SURVIVAL, so ARCADE (OPEN WORLD) and BATTLE ROYALE will remain as they are.

WHAT IS HAPPENING IN SURVIVAL?

We have been deeply looking into Survival and evaluating carefully everything that is going on there to see where we can improve in order to bring back the old Infestation: Survivor Stories/The War Z feelings that players yearn so much! So adjusting the current Survival system, as in the loot, the map lighting, crafting that makes more sense will come in handy. This will bring the great feeling of tension and all the previous titles brought, with all the fixes and updates we have done in the past years.

With that in mind, we are also taking over on Steam the page for Infestation: Survivor Stories and with that it will also increase our reach by a lot. People who own that game already will be notified about the game being up again, will be able to download OUR client through Steam, which will attract a lot of new and returning players. The regular client on Steam will continue working as it is.

WILL THERE BE A WIPE?

WILL THERE BE A COMPENSATION?

Yes. We will be rewarding past players with special skins and exclusive character clothes depending on the size and rarity of their GI. More info about this in a later thread.

The moment this announcement is live, we will save all the GI info, so there is no "manipulation" of GIs to try and make them bigger.

Best Wishes from the Fredaikis Team